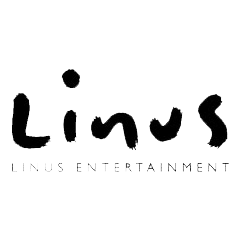 A division of Linus Entertainment Inc.

Founded in 1980 with an initial investment of just $20,000, Boulder, Colorado based, Spring Hill Music, is currently one of the leading adult-oriented independent record labels in the U.S., with Billboard chart-topping sales, a worldwide reputation, and a 2004 Grammy® nomination among its accomplishments.

The goal of Spring Hill Music, a leader in both the lifestyle classical and new age/adult oriented instrumental genres, is to provide mainstream, global, non-pop audiences with unique, high-quality,and aesthetically unique recordings that spring from a well of innovation and authenticity. The company’s descriptive brand slogan is “body, mind and soul music.”

Among the label’s leading artists is Don Campbell, the world’s most renowned authority on the transformational power of music and author of the best-selling book The Mozart Effect®. Campbell’s Music for The Mozart Effect® recordings, have sold more than 600,000 units, helping make him Billboard magazine’s No. 3 best-selling classical artist and a frequent component of Billboards Top Classical Catalog chart.

Campell’s first three albums of specially selected and sequenced classical albums were the initial releases in Spring Hill’s now acclaimed Books & Music series. Consisting of music albums co-branded and co-marketed with major hardcover books, with this series Spring Hill has carved out a leadership position in the niche, with over a dozen titles and links with publishers including HarperCollins, Random House, and Penguin Putnam.

Spring Hill’s mission is to bring rich, authentic aesthetic experiences to both specialty and mainstream audiences and takes its cue from company founder, Gass, a nationally renowned humanistic psychologist best known for his work with some of the world’s leading progressive non-profit organizations. Gass originally created Spring Hill Music, named after the spiritual hospice community he co-founded in Massachusetts in the 1960s, as a vehicle to release his own chant recordings and to create distribution channels for exciting new music not fitting into traditional genres.

According to Gass, participants in Spring Hill workshops found the multi-cultural, multi-denominational chant portions of the experience to be so cathartic that he was inspired to create recordings that people could use to help them invoke the same positive associations at home.
His first recording, Many Blessings, released in 1980, featured the voices of friends from in and around Spring Hill, taped using an inexpensive, four-track home recorder set up in a barn. Underscoring the humble beginings of the company, Gass says that if you listen closely to the recording you can hear logs dropping in the wood stove in the background. Until 1996, Gass remained Spring Hill’s sole artist.

In 1996, a mutual friend introduced Gass to Bill Horwedel, an innovative music entrepreneur who had been leading successful independent record labels in New York City and San Francisco for many years. Horwedel came on board as Spring Hill’s Managing Director, taking over the daily operations of the company while Gass pursued other interests. Subsequently Gass and Horwedel formed a partnership to jointly own the company.

Under Horwedel’s direction, Spring Hill has grown from an small-scale, hobbyist label without mainstream distribution to a multi-million dollar company with several Billboard chart-topping records and multiple distribution channels including traditional domestic markets via EMI, one of the five global conglomerates that dominate the worldwide music industry. Horwedel’s inspired co-branding, packaging, and sales and marketing methods have been credited with attracting legions of buyers for Spring Hill records and the genre as a whole, while distinguishing the label from others in this highly competitive niche.

Signature distinctions for Spring Hill releases include the use of mainstream marketing tools, including deluxe liner notes featuring notables such as Deepak Chopra; enhanced and powerful non-traditional packaging (gone are the flower and black-type covers once standard in new age offerings); and a wide range of new distribution channels predicated on partnerships with entertainment powerhouses such as Barnes & Noble and Borders, publications including Body & Soul and Psychology Today, a wide range of leading direct marketers such as Book of the Month Club and Time-Life Music, and virtually all of the major New York book publishers. The company has also recenly introduced a proprietary Listening Station program, geared to placing custom made, 24 title digital merchandising units in retail locations.

In 2015 Spring Hill Music was acquired by Linus Entertainment, a leading music producer and distributor of music based in Ontario Canada, with a commitment to strengthening the global reach of Spring Hill’s unique and special artists, music and brands.